G’day Motorsport Fans! Following on from my V8 Supercars Sydney 500 post, its time for more of favourite photos from the weekend. Moving along to the support categories, it was great to see 4 different generations of Australian Touring Car/V8 Supercars of track at Homebush. I thought it was very fitting to showcase the past, on the weekend that V8 Supercars announced their direction for 2017 onwards.

Starting off with the Heritage Touring Cars, it was to see the original Group A/C cars on track for a couple of demonstration races. I only managed to get out and shoot one of their sessions on Friday but this photo summarises their action nicely with the Ford Sierra chasing down the Nissan Skyline GTR. There was a huge variety of cars on track but theses are two of my favourites in one photo. 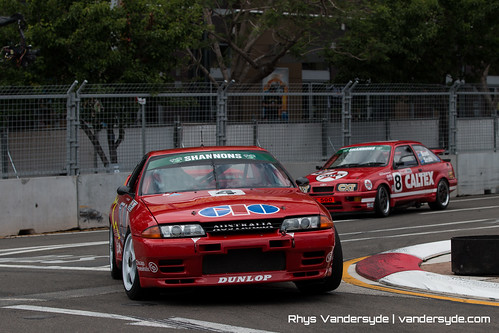 Moving onto the Kumho V8 Touring Car series, these older V8 Supercars always put on a good show at the Shannons Nationals and it was great to see them alongside their modern counter parts. It’s also great to see that some of the owners have reverted them back to their original liveries. Here are a few of my favourite photos from the weekend. More so for the original liveries than the action, as they weren’t racing for a championship over the weekend. 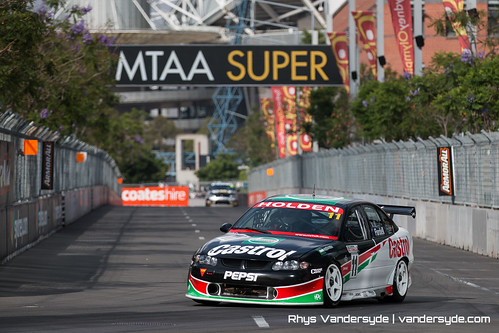 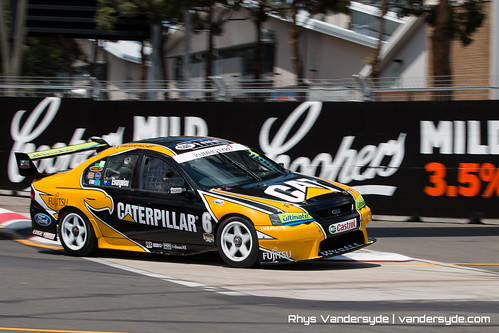 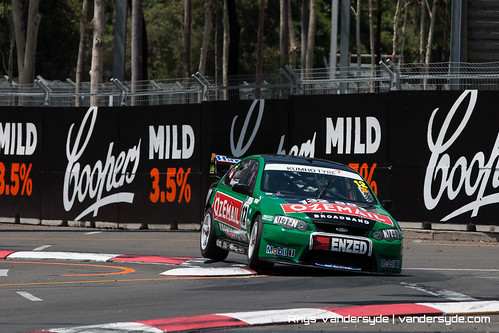 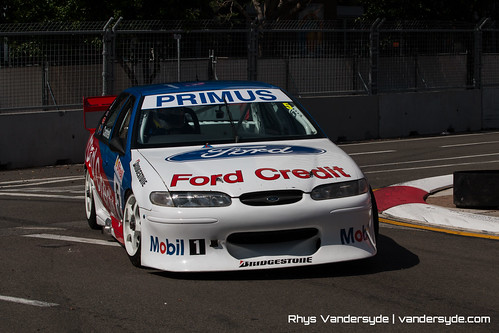 V8 Utes series is always great for plenty of action and the guys didn’t disappoint over the weekend. There was more than a few bent panels by the end of the weekend, but in typical V8 Ute fashion they put on a good showing for the crowd. Here’s a few of my favourite action shots from over the weekend. 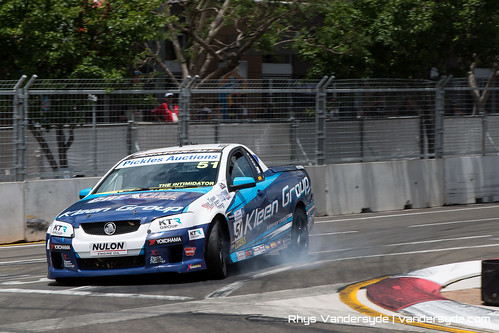 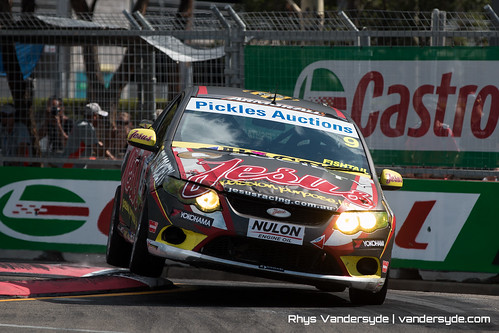 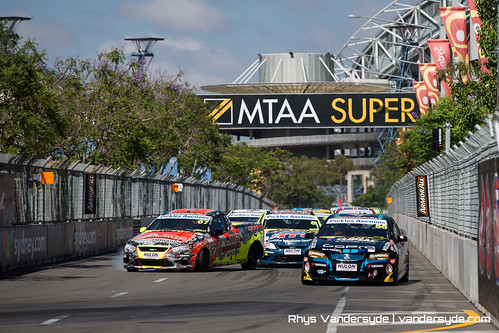 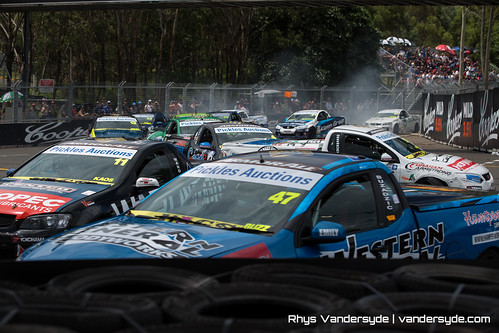 The Dunlop Series V8 Supercars had still had a bit to fight for this weekend with the championship still up for grabs. It was also great to see a few guys step up to DVS for the final round to get some experience for next year.

Here’s a double panning shot of Garry Jacobson and Cam Waters through the first chicane. It’s not often you can get both cars moving at exactly the same speed so they are both sharp. 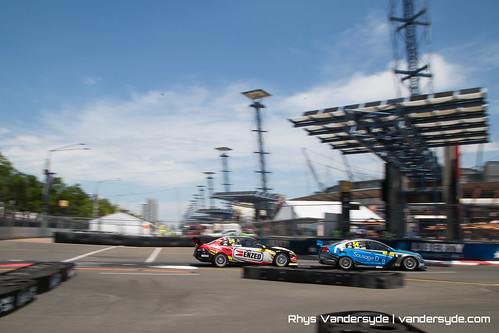 It was good to see Shae Davis step up to the Dunlop Series. Here’s a shot of him testing out the kerbs to find the limits in a V8 Supercar. 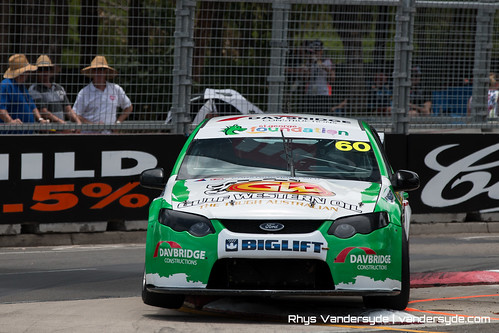 Another shot of the kerbs at the first chicane, this time it’s Tim Macrow right up on 2 wheels. 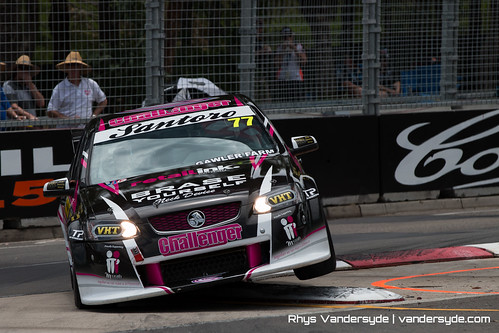 Here’s a slow panning shot of Dan Day picking up the inside wheels while hustling through the chicane. 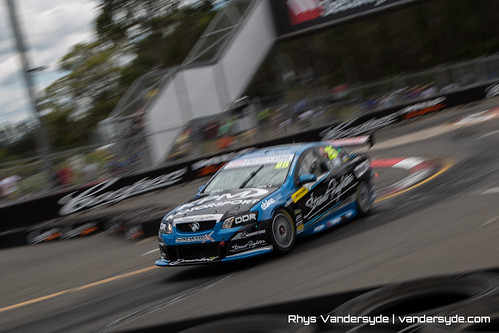 Todd Hazelwood was showing all kinds of commitment all weekend, really testing the limits of the grip. Here’s a shot of him out braking himself and launching off the kerbs. 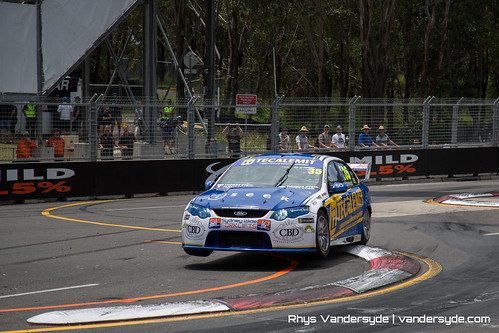 Cam Waters was another really pushing all weekend. Here’s a shot of him taking a rough landing after flying over the kerbs. 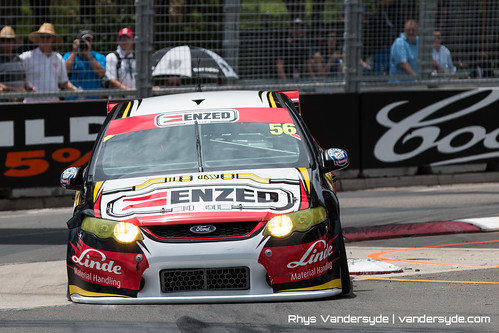 Finally a different part of the track, this shot I really like the lighting on Garry Jacobson clipping the tyre bundle on the way through the back of the circuit. 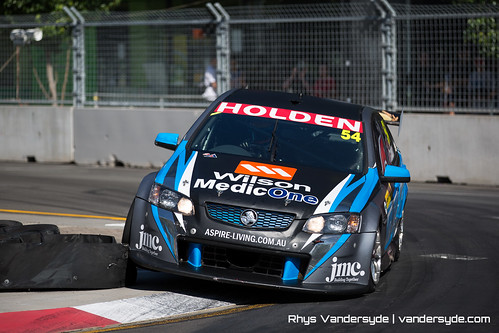 For drivers and teams looking to pick up some photos from the weekend check out – http://store.vandersyde.com/Sports/Motorsports/Sydney-500-Support-Categories or get in touch with me via my contact me page. If you are looking for a photo to use for media or pr purposes, feel free to get in touch also.

On that note, that’s the last of the Motorsport Photography for 2014. I’m chatting to a few people about 2015, so if you’d like to be apart of those discussions make sure you get in touch with me either via my social media profiles – Twitter, Facebook or Google+ or my contact me page. Also make sure you keep an eye on my social media for announcements about my 2015 plans as soon as they a finalised.