G’day! I’d like to take the opportunity to wrap up 2014, much like I did last year, and say a big Thank You! to everyone for all their support through out 2014.

I’d like to make special mention to the guys at Speedshots Photography, MyDrive Media, Box Magazine, SpeedNation, V8SC Global, Chasing Asphalt, Sehr Gute and GridIron NSW who have all booked me in for jobs and/or published my photos and articles this year. I’d also like to thank the PR Companies, Drivers and Car Clubs who I’ve had the opportunity to work with this year. I also have to make a special shout out to ReplayXD Australia for hooking me up with some their latest gear to test out during 2014. Lastly I’d like to thank you, yes you, for following me on social media, sharing my content, reading my blog posts and just generally being awesome. All of which all helps to open up more opportunities for me, it is genuinely appreciated.

Now, even though I’ve gotten marginally better in the writing department over the last 12 months. You’re here for the photos, so without any further waffling on, here are my favourite 10 photos out of the more than 90,000 photos I took in 2014.

10. Goes to this shot I took in January while holidaying in Bali. Kuta Beach was actually full of people at sunset every night, but on this particular night I managed to frame up this shot of a tourist walking along the beach by himself enjoying the famous Bali sunset. 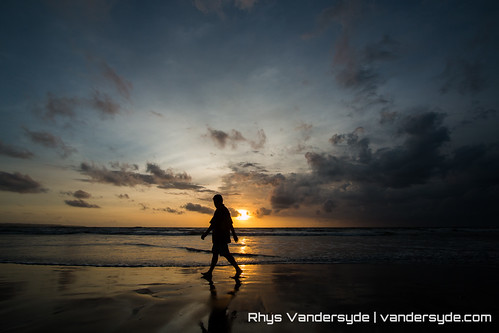 9. Haven’t had the chance to shoot much Mountain Biking this year, but I did catch the first round of the CCOMTB Downhill action earlier in the year. Always looking to capture the action and the lighting and angle make this my favourite Mountain Biking photo of the year. 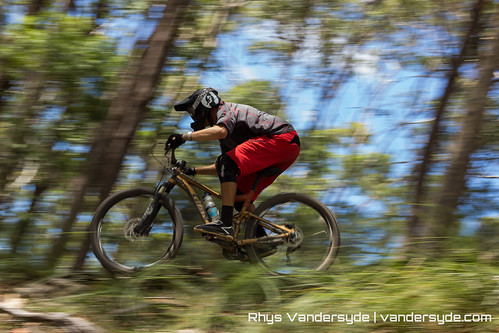 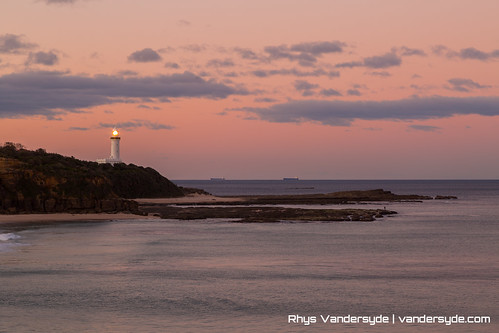 7. Getting into what I’m best known for, Motorsport Photography. This late afternoon shot during the Shannons Nationals with the sun low on the horizon at Sydney Motorsport Park is my best shot from the AmChamps/Shannons Nationals from the year. I really like this shot because you can see the focus in Garry Holts eyes lining up for Turn 1. 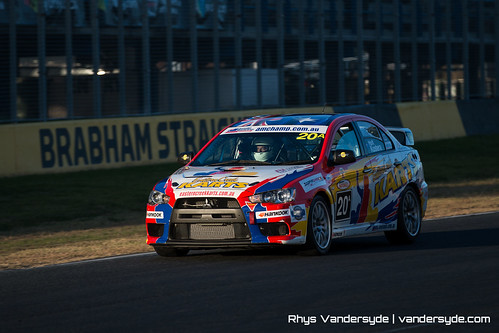 6. This action shot of Chaz Mostert destroying his front splitter on the kerbs of the Gold Coast 600. I actually have the sequence of the contact and then the debris flying away from the car as well, but this shot in the middle sums it up nicely. First time I’d gotten up to Surfers Paradise for the event and I’m definitely making sure it’s on my schedule for next year. 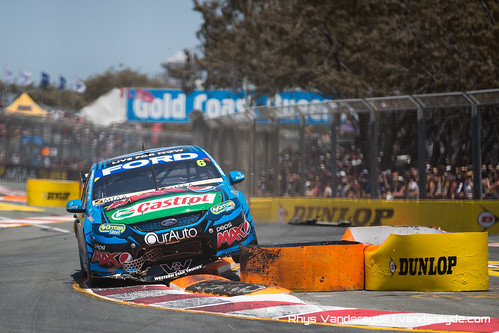 5. I had the unique opportunity to work with Ferrari Australia to cover Ferrari Racing Days at Sydney Motorsport Park. Was an awesome to see such an amazing collection of cars out on track. It was hard to choose just one photo from this event, but this particular shot of the sparks flying off the back the 1992 Ferrari Formula 1 car was quite unique. 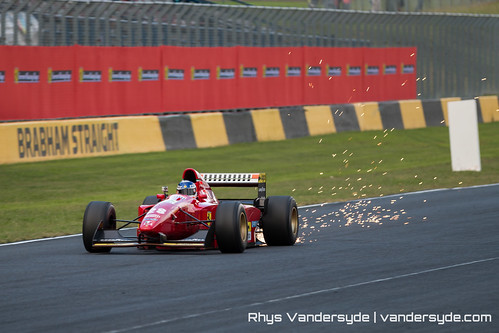 4. Sticking with the Formula 1 theme, I headed to Melbourne for the Grand Prix early this year. I was only a spectator for the event, so I didn’t get any fantastic photos of the modern F1 cars (don’t worry I’m working on accreditation for 2015). However Melbourne put on a great show with this fantastic sunset. I was lucky enough to capture it from the apartment I was staying at overlooking the Yarra River. 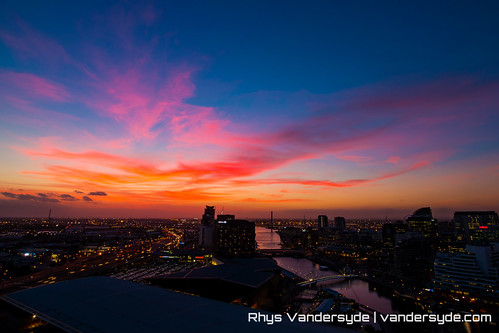 3. These next 3 photos were really hard to separate. I’ve been very fortunate to cover some amazing motorsport events this year, and I’ve been even more fortunate with the next 3 photos. The combination light, action and the right place at the right time all came together to make the my top 3 photos for 2014. Starting off with this photo from the Bathurst 12 Hour, the timing of sunrise and the race start for the race was absolutely sensation. 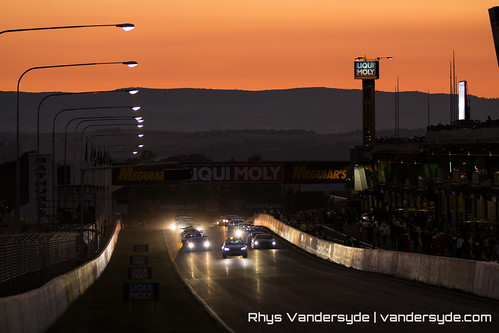 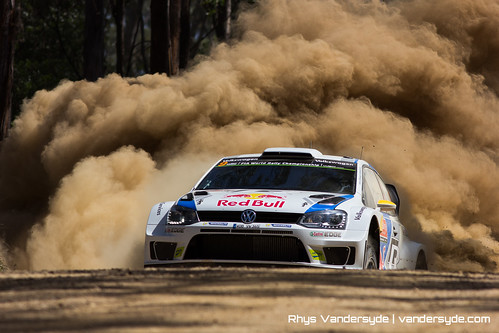 1. My favourite photo of the year has to be the ultimate case of right place at the right time during the Bathurst 1000. I wasn’t in a position to capture the action as the two cars came together and bounced in the wall. But shot show the emotion and sportsmanship of two mates (Luffy and Lowndes) hugging it out after one of the bigger crashes I’ve been near. 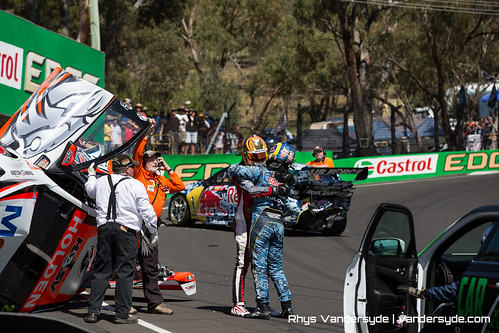 Once again a massive thank you to everyone for the year. I’m really looking forward to what 2015 has in store… Make sure you follow along with the journey on any of my social media accounts – Twitter, Facebook, Google+ and Instagram. Also as always if you’d like to get in touch for any reason you can do so via either my social media accounts or my contact me page.