I wasn’t expecting such an action packed weekend when I got to Queensland Raceway for the Virgin Australia Queensland SuperSprint.

It’s not often I get a crash photo. Well… Ok, so I’ve had a couple this year. But I really didn’t go into the Supercars weekend thinking I would end up with several crash photos. The biggest thing I was looking forward to, was getting creative with the sunset at the end of Saturday’s Supercars race. So to walk away from Saturday with a couple of crashes just added to what was a pretty exceptional day.

The action kicked off with the crash of Josh Conroy (a customer of mine) and Josh Denton in Formula 4. Conroy made a small mistake, making just enough contact with Denton to launch his car into the air. Just one of those things that happen with wheel to wheel contact in open wheeler racing. But it’s those things that you need to pay attention for as a motorsport photographer. It sure made for an awesome photo with Conroy getting all four wheels off the ground. 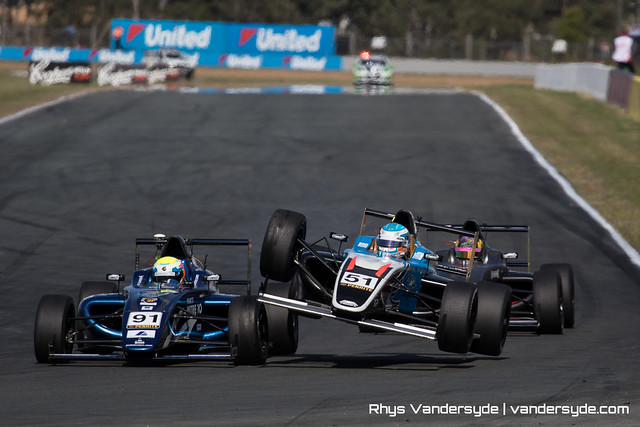 As it turned out Turn 3 was the place to be on Saturday. I stayed there for the Virgin Australia Supercars session, which was when the second big incident of the weekend occurred… Scott Pye’s crash, that certainly made the weekends highlight reel. Since I’ve used the Pye incident as the lead photo for this blog post, you can read all about it in the “favourite photo” section later in this post.

Then to top it all off, the third big incident was when Jason Heck decided to roll his car in the V8 Touring cars race. To be fair, it probably was a conscious decision on Heck’s part to park his car in it’s roof. And not really ideal to see a car on its roof. But it does make for some spectacular photos. Hopefully the damage was mostly cosmetic and we’ll see Heck back on track at the next V8 Touring Car round. 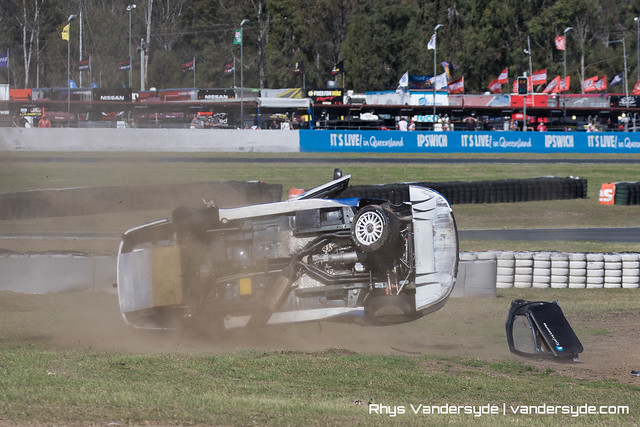 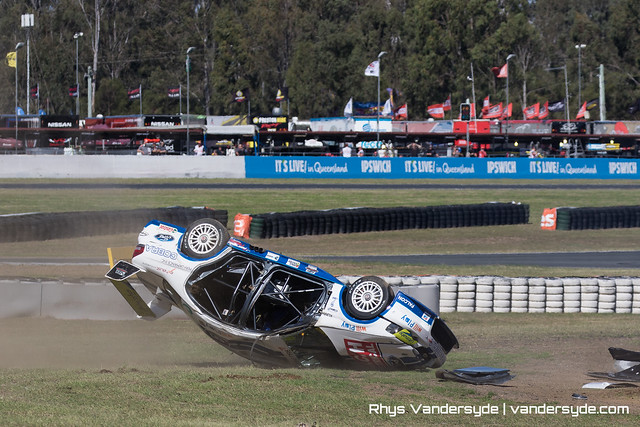 That wasn’t the end of all the action. But it was the last of it that I captured. Not to be out done, Aussie Racing Cars decided to have their own spectacular roll over Turn 1 later in the day.

It’s not ideal to see so many big crashes in one day. As much as they make for great photos. But it’s a testament to the safety, of both the cars and venues, that everyone walked away. Other than Jason Heck, all the other cars that crashed were rebuilt and raced later in the weekend.

If you’d like to find out how the rest of the racing went over the course of the weekend. Here’s a collection of articles around the internet that feature my photos. Including a lot of the work I did for Formula 4, after stepping up to be the categories photographer for the weekend.

This round’s lead photo had to be Scott Pye’s massive crash at Turn 3. While I wasn’t the photographer that had to run for their life on the TV coverage. I was about as close to the action as you’d want to be as a photographer.

I was shooting some slow pans with a 400mm, actually Mark Winterbottom who was behind Pye, when I heard Pye lock up on the entry to Turn 3. After a quick look at the situation, I knew that he wasn’t going to slowing down. And was going to hit the wall in a big way. In a split second decision, I tried to switch over to my other camera with a wider lens (70mm). By the time I had the camera to my eye, Pye was already on top of the tyre wall.

The particular photo I used as the lead in this post (below as well) was the very first frame I snapped after I switched cameras. It shows the scale of the impact. The car parked up on top of what remains of the tyre wall. In the background the sector marshall is running to check to make sure Scott was ok.

I ended up snapping a couple of quick frames. Then checked to make sure Mark Horsburgh (the photographer you see running on the TV coverage) was ok, which he was. I also checked to make sure the spectators who were behind the fence were ok, since I was much closer than the marshalls at this point. With everyone all ok, I grabbed back into photographer mode and snapped a few more photos of the carnage. 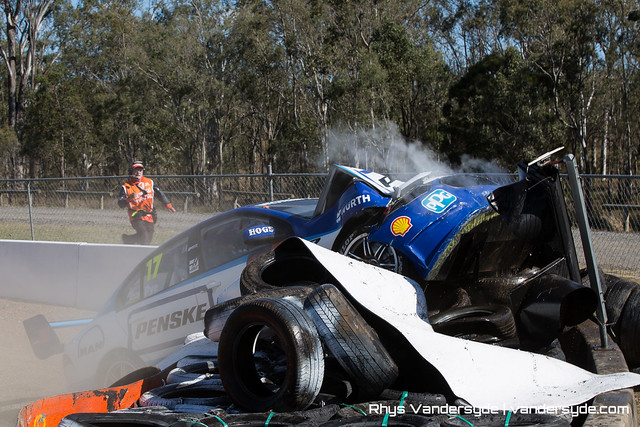 While this shot wasn’t the most spectacular of the weekend, it obviously tells the biggest story. It was good to see the DJR Team Penske crew put in a massive effort to get Pye back on track for the afternoons race.

Below, I ‘ve put together a collection of a few more of my favourite photos from the weekend. A combination action and arty shots from the rest of the Virgin Australia Supercars at Queensland Raceway.

I’ve also posted a couple of my favourites from the support categories on my Facebook Page, including those big crashes I showcased earlier from the Kumho V8 Touring Cars and Formula 4 races. I also shared my customer’s galleries, including the work I did for Formula 4 which you might be interested to check out. 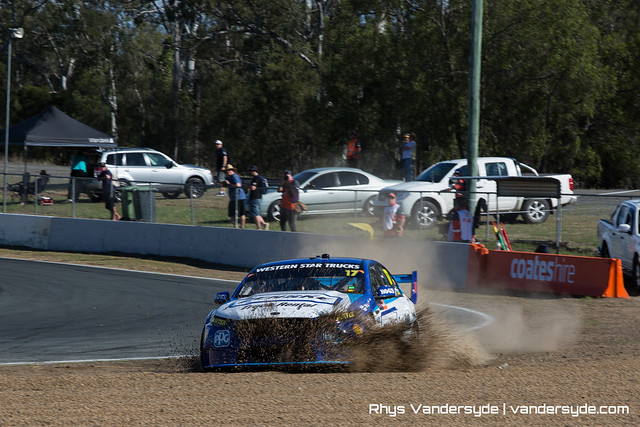 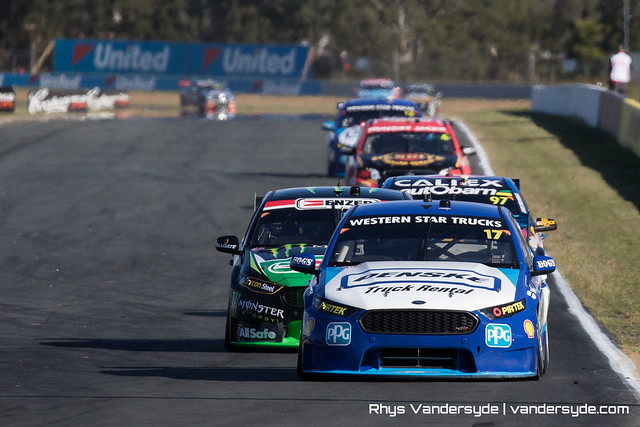 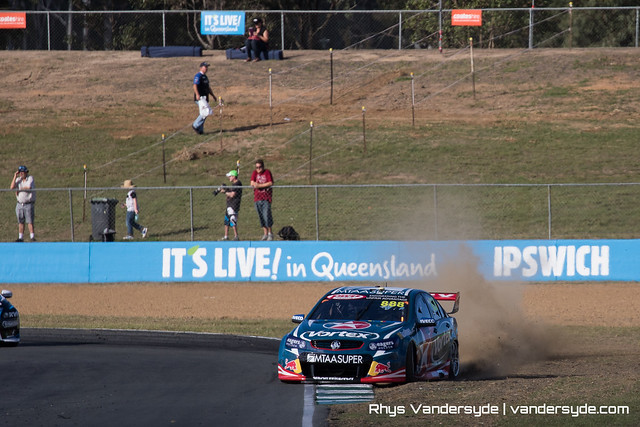 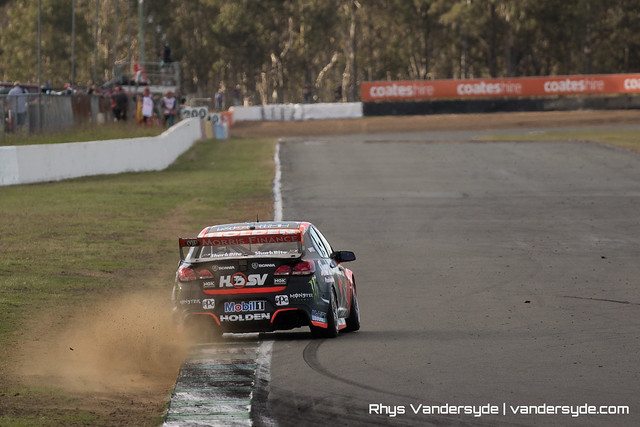 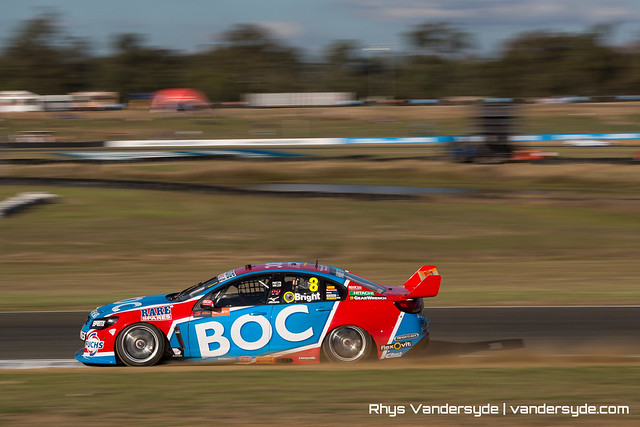 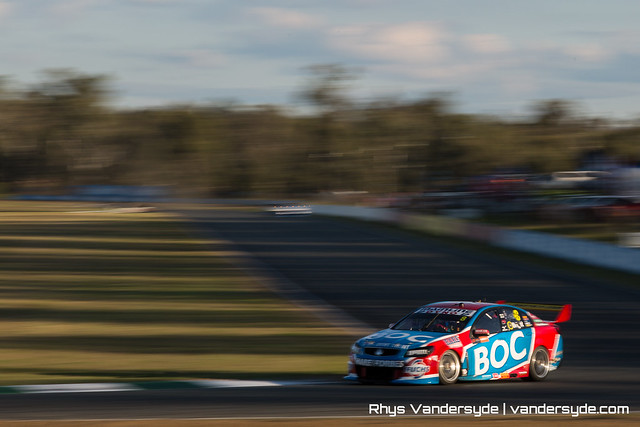 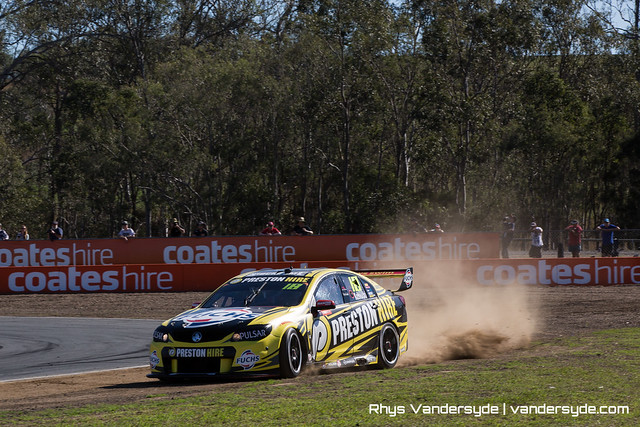 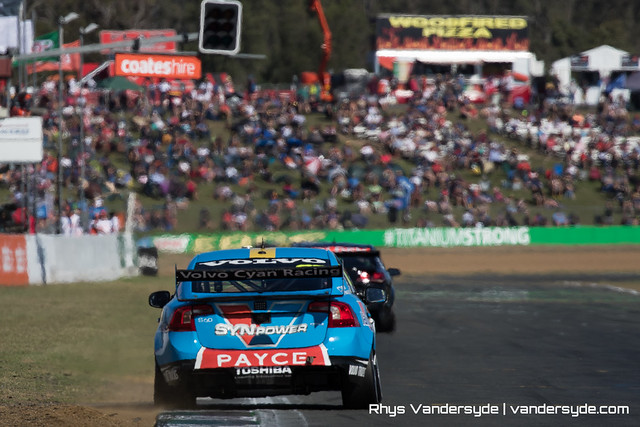 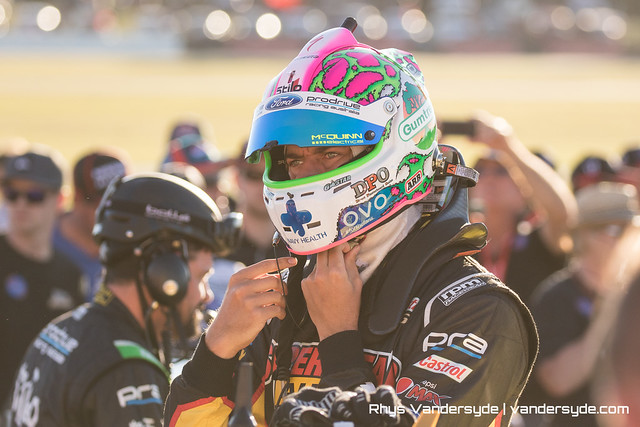 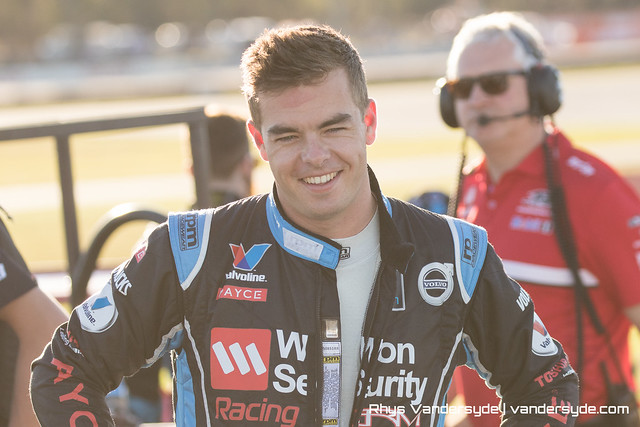 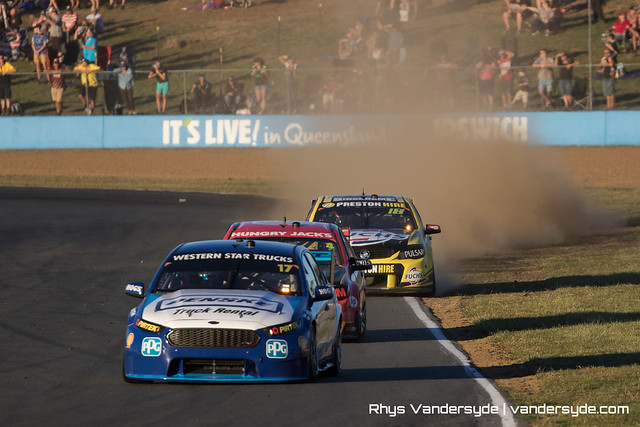 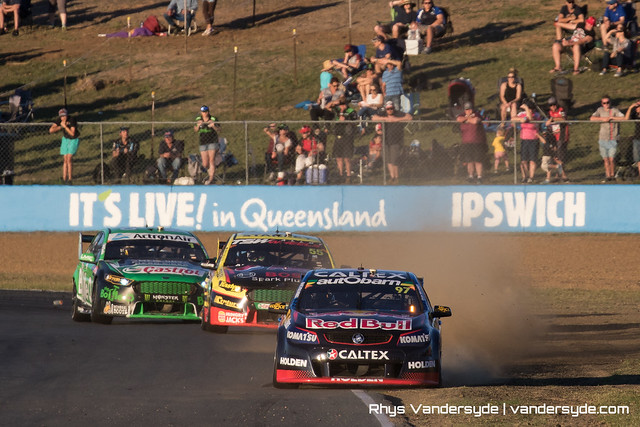 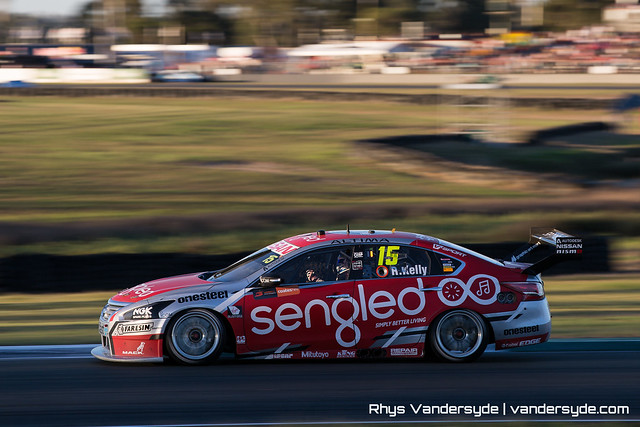 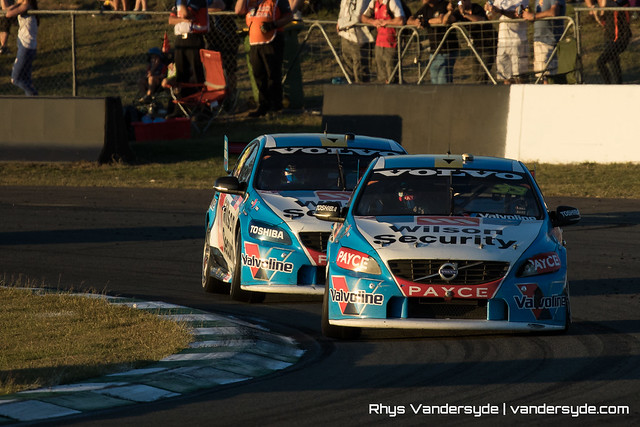 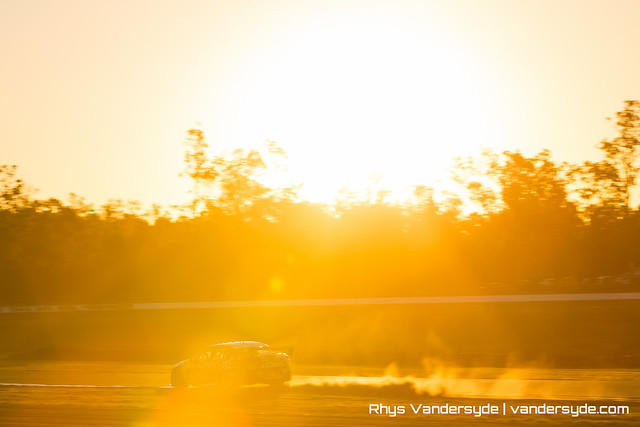 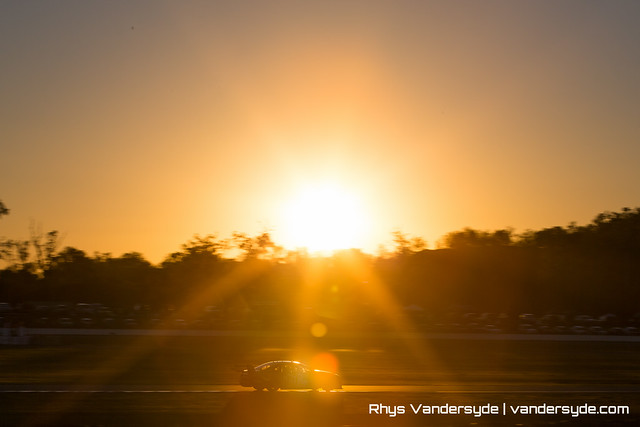 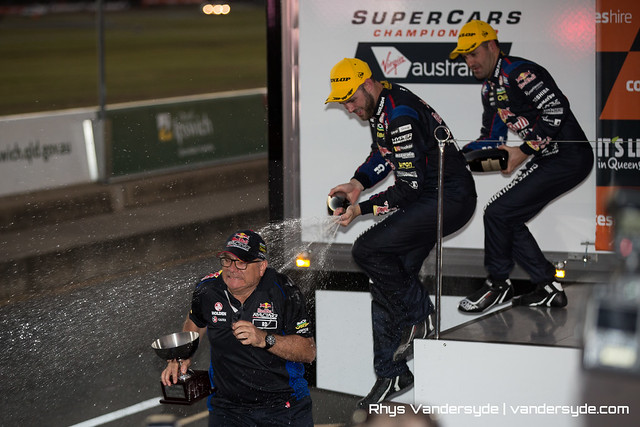 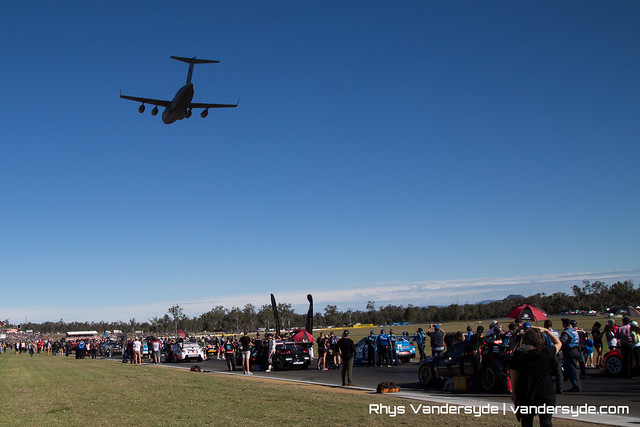 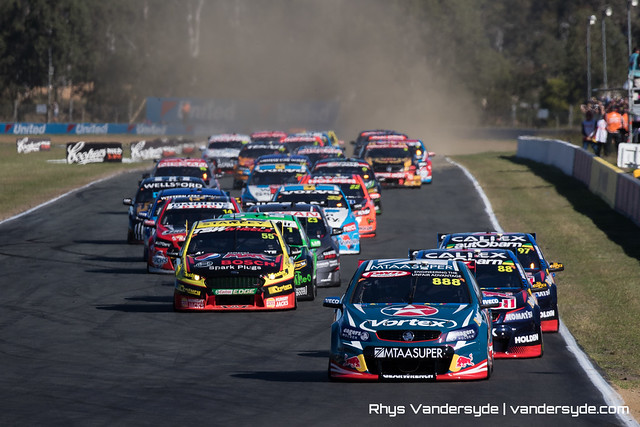 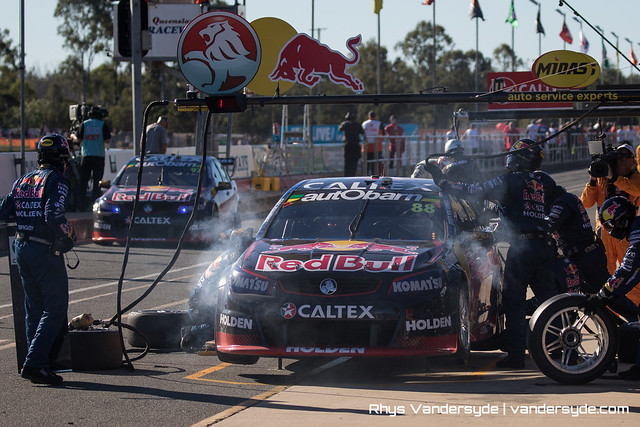 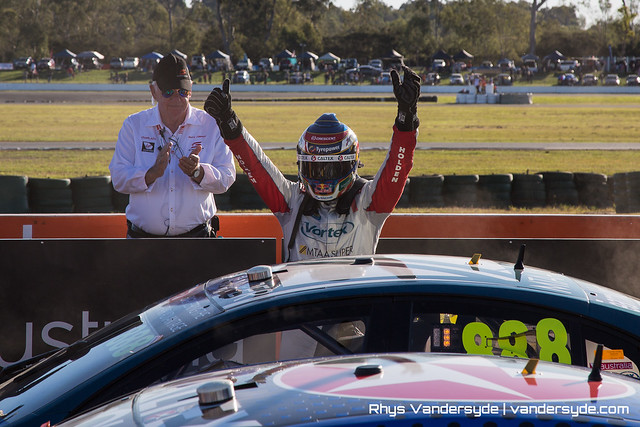